For the second Queer Correspondence commission, Los Angeles-based artists Beatriz Cortez and Kang Seung Lee have produced a mail art project influenced by the radical lineages of art making during the AIDS pandemic, war and migration. In the tradition of flyposting, the artists have produced a package of printed matter fuelled by current movements of resistance and their accompanying efforts of solidarity. This material features a series of letters written sporadically –some of them drawn and/or spoken through others–, in which the artists unfold a dialogue that has been shaped by events occurring in real time. Shifting between past and present, and with the future as horizon, Cortez and Lee consider the current pandemic and its socio-political constructions as reminders "that we are breathing each other.”

Guiding this on-going conversation is the idea of “becoming atmosphere”; a metaphorical principle that the artists conceived to think through the act of disappearance as a way of pushing against the asphyxiating constraints imposed by identity. In their correspondence –and as the subject of a forthcoming collaborative exhibition–, the concept of “becoming atmosphere” is tied to the imagining of what it would mean to disappear as Western individual subjectivities, instead “becoming undefined, malleable and porous”; “becoming queer identities, becoming collective.”

Cortez and Lee’s mail art package attends to these ideas in a moment when a new global pandemic, as Cortez wrote to me in an email, makes known that “the conditions of vulnerability and insecurity are also ways to step outside Western reason.” Throughout their correspondence, Covid-19 looms in the background to the history of fighting HIV and AIDS; the force of Black Lives Matter as a movement seeking radical reparation and uncompromised justice; and the necessary proximity between police and prison abolition to the fight for migrants’ human rights. In making connections across these struggles the artists highlight that, despite the increasing global efforts for things to return back to “normal,” normalcy was never really a shared or equal condition of existence, but rather a chance of death that is always greater for some than others.

Invoking another moment in recent history when a pandemic underscored the expendability of life as being dependant on ideological and political positions, the first of two double-sided posters features graphite-rendered pages of Avram Finkelstein’s journal –one of six gay activists who designed the influential “silence = death” AIDS poster in 1987. Paired with quoted words and short statements, the back of the poster also features detailed drawings of works by other artists, including Peter Hujar, Tseng Kwong Chi and David Wojnarowicz, all of which Lee drew and shared with Cortez in lieu of letters. Reflecting on the contradictions of being visible and invisible, Lee poetically explores the experience of being a witness to a particular time, even –or especially– when disappearance has meant the silencing and personal erasure of marginalised communities.

Beginning her correspondence by reclaiming queerness as a mode of being that is beyond definition, Cortez’s letters to Lee unpack what it might mean to be uncontained –to be a breath, one through which “we flow towards the future in a process of becoming.” At the front of her poster, a steel tombstone has been carefully perforated with words, stitched with blue and white thread. Inscribed on it are sentences taken from sworn testimonies of children held in detention facilities in the US, gathered as part of the class action lawsuit Flores, et al. v. Reno. The words resonate with Cortez’s involvement in the artist-led initiative In Plain Sight, an artwork by a coalition of 80 artists and activists who earlier this month took to the skies through a surrogate fleet of planes that typed cloud-like messages for the abolition of immigrant detention and the US culture of incarceration.

Similarly highlighting the invisibility of what is all too often already painfully visible, Cortez and Lee’s Queer Correspondence comes to you as a recipient as well as with an open opportunity to facilitate your participation. Two postcards featuring messages to be added to and/or be completed are included for you to keep or decide to share with others. Also included as gifts within each package are individual desires in Korean, Spanish and English gathered by Cortez and Lee from artists, curators and thinkers that are part of their communities of support, and printed from an interactive sculpture by the artists. Titled The Future Perfect, and written in that grammatical tense, Cortez and Lee invite us to believe that “words have the power to will the future into being.” 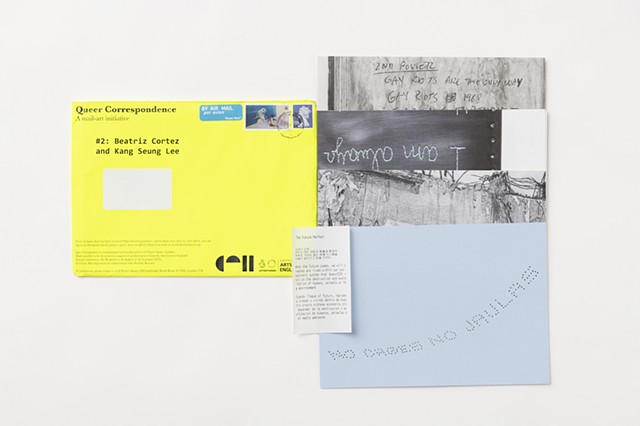 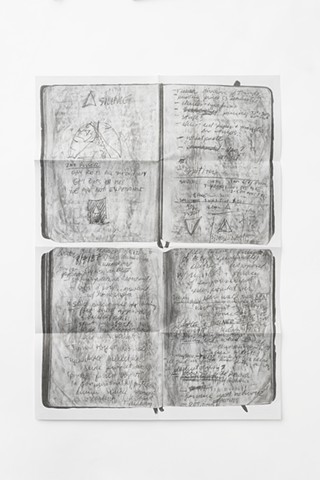 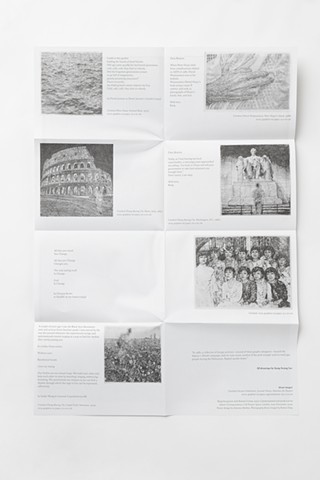 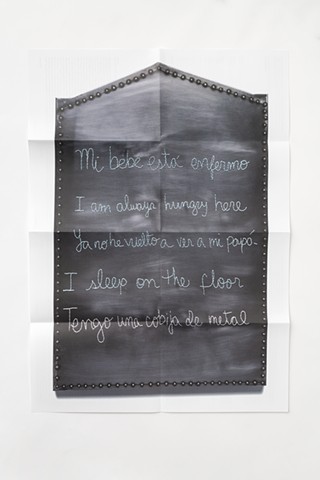 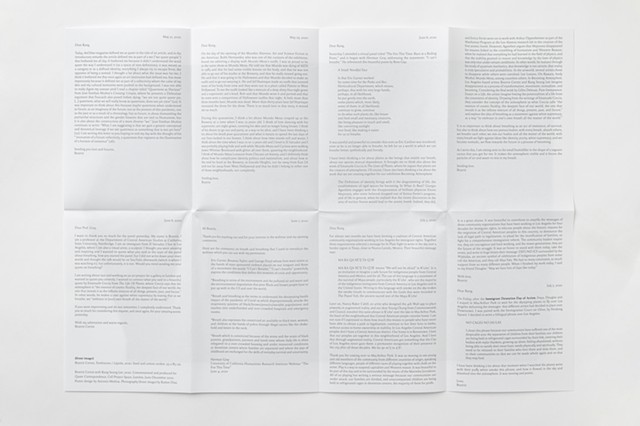 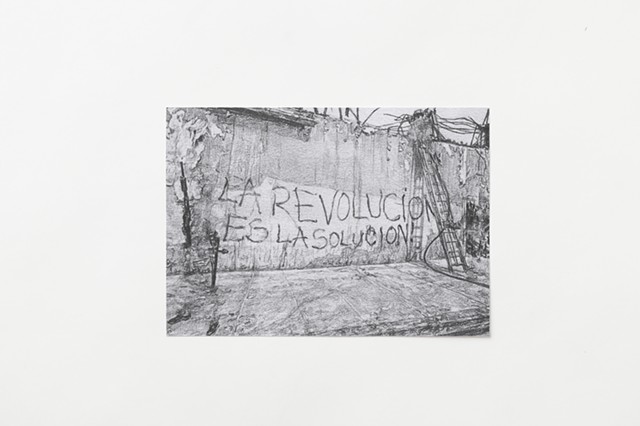 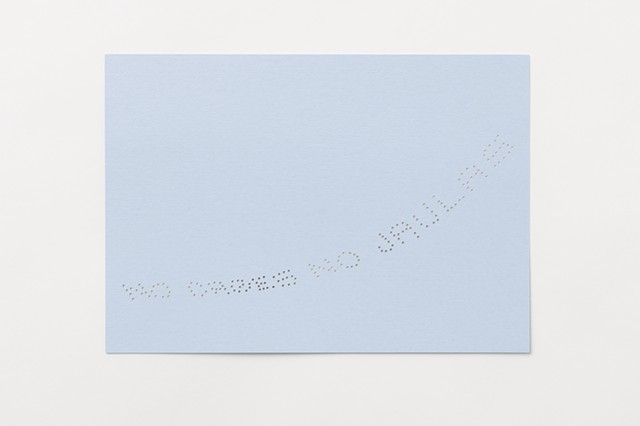 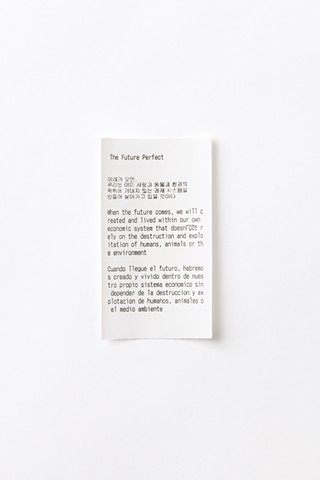 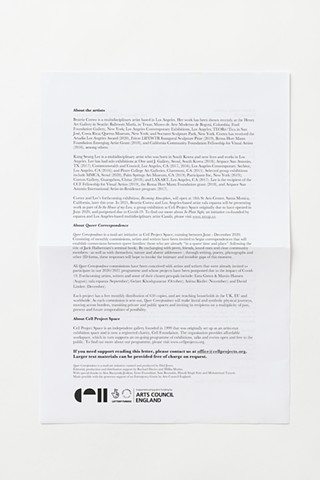 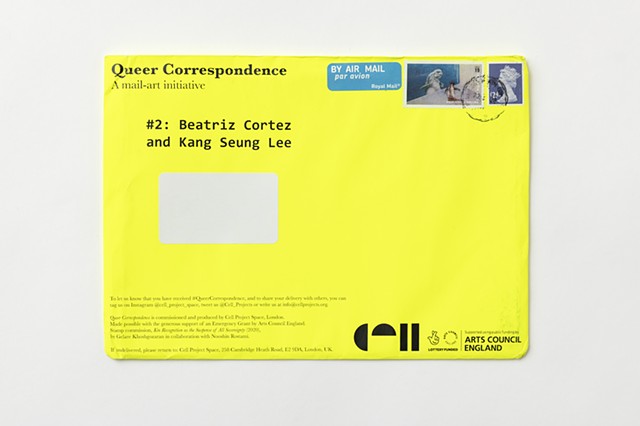